The FANUC S-430iW is an industrial robot with six axes, which can perform heavy tasks. It is also a heavy payload robot that has been used extensively for many years. This FANUC robot is used for many applications for spot welding and robotic handling. This FANUC robot uses the FANUC-J3 controller. The S-430iw is the precursor of the 165F FANUC R2000ia. The S430iw can also be used in machine tendering, injection molding, cutting, and parts transmission in addition to the above-listed applications. This robot has a regular version of 165 KG. A version of 200KG has also been developed with a shorter range. This robot was changed to robots of the FANUC R series. The S-430iW RJ3 is designed for automotive applications and incorporates them in general applications, including component transfer, removal of materials, dispensing, and machine loading.

In general, the latest and used S-430iW’s long-range and slim architecture makes the layout design of manufacturers more flexible and makes it easier to prepare for other systems. It’s a lightweight design that retains floor space while the S-430iW can be spread around the working area. A slender arm and bracelet allow access to parts and quick cycle speeds. The FANUC S-4 30iw RJ3 is equipped for a quick point-to-point positioning with the FANUC Servo Drive System.

Universal Robotic Inc. also provides a broad range of reprocessing robots, like the S-430iW used by FANUC. The used S-430iW is retrofitted very carefully by a retrofitting procedure that makes them mint. In addition, Universal Robotic Inc. is exclusively selling any used or new industrial robots such as the FANUC S-430iW. What are you waiting for? This deal is definitely a steal! We promise that quality is assured when you receive you robot from us here at Universal Robotic Inc. 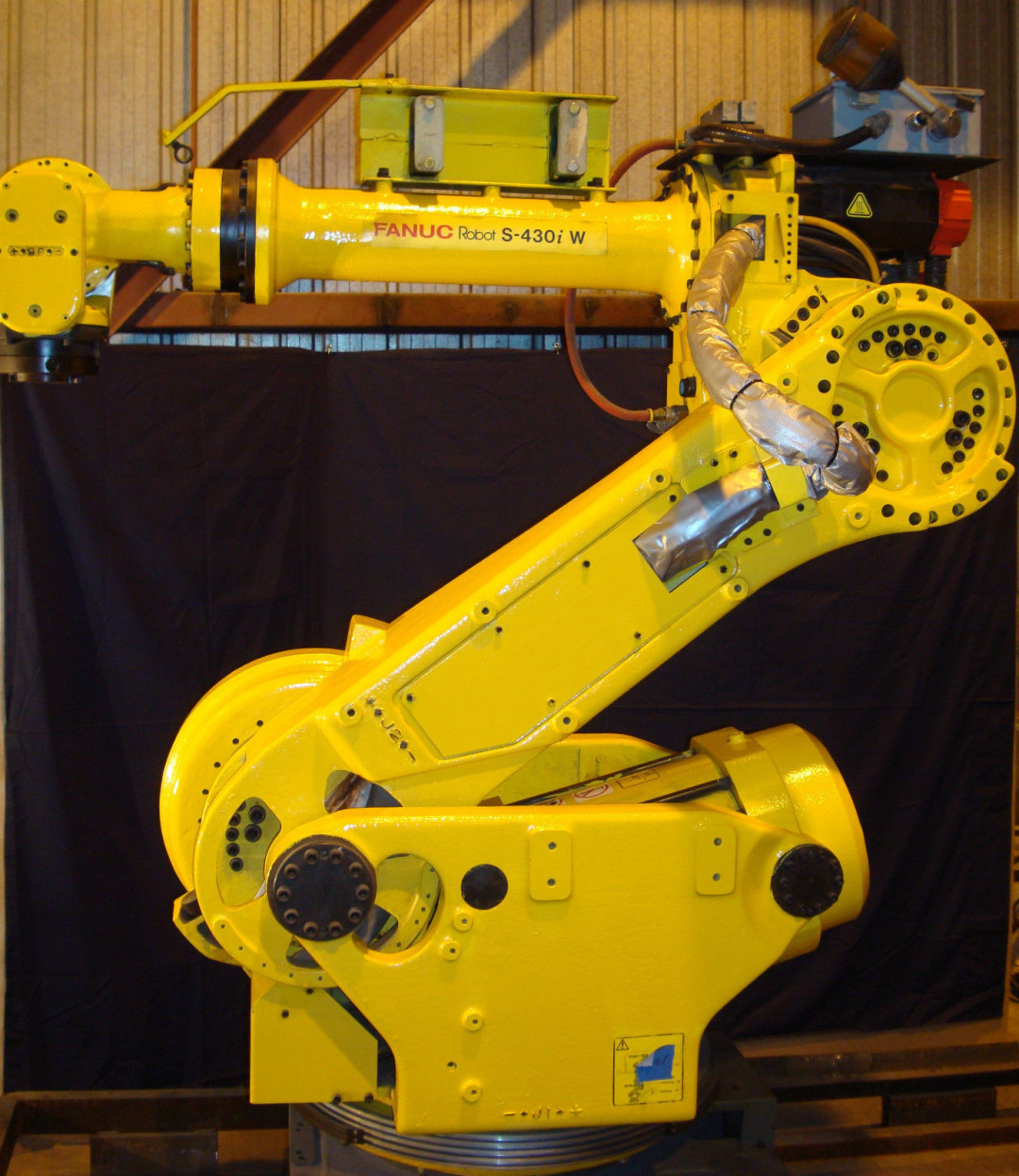