The FANUC LR Mate 200iC/5H provides top output in many applications, including machine packaging, material handling, assembling, picking and packing, component washing, material removal, and dispensing, with five axes of motion, a small wrist configuration, and a tabletop size, With five axes. The LR Mate 200iC/5H has a huge working surface because of its ability to flip backward. The Mate 200iC/5H is slim with its wrist design, which allows access to difficult areas and cramped areas.

The FANUC R30ia is an advanced industrial robot controller available in cabinet types A, B, and Mate. Because of the large servo amplifier FANUC A06B-6107-H002, larger robots, such as the FANUC M710ic 50, have the look of a B-cabinet. The A or B cabinet style is used by smaller robots like the FANUC M20ia. The LR Mate 200ic is an example of the Mate-style robot. The FANUC R30ia has improved the efficiency of movement and operation over the RJ3IB. A 2D and 3D vision system is added for improved capabilities using the R/30ia controller.

The improved vibration controller helps the robot to speed and slow down more quickly and reduce cycle times. The R 30ia controller is controlled by the FANUC operating system with fast startup times and improved security. In addition to controlling many robots, the R-30ia also controls up to 40 motor-based axes FANUC at the same time. Included Ethernet, dual control protection, collision detection, and servo monitoring are also available from the controller. Devicenet and CClink are also available. The use of FANUC R-30ia robots offers a perfect way to incorporate advanced technology at significantly lower costs into your application.

The new and used versions of the FANUC LR Mate 200iC/5H and R30iA controller are also available from Universal Robotics Inc. A renovated robot has undergone a very stringent retrofitting phase and offers an excellent quality guarantee! 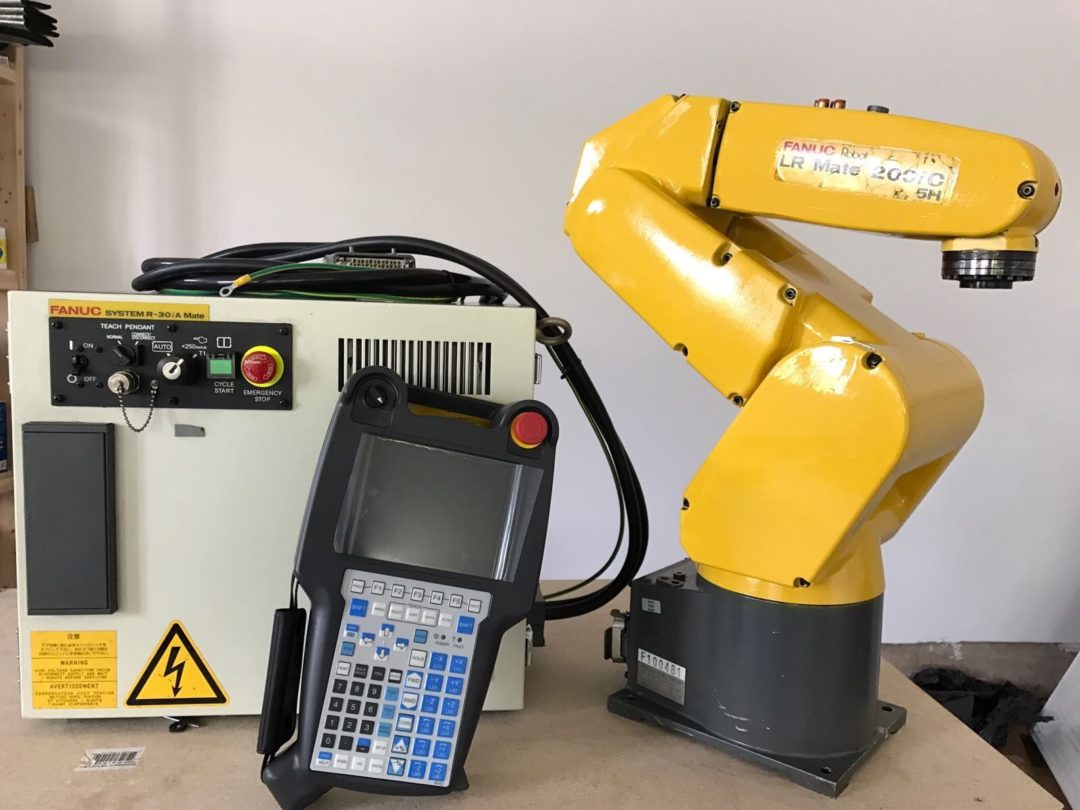