FANUC LR Mate 200iC/5L industrial robot with FANUC R-30iA controller. It is a long-arm version of the LR-Mate series with a handling capacity of 5kg.

For various applications, such as the tensioning of machines, material handling, assembly, dispensing, and material removal, FANUC LR Mate 200iC/5L robots are used for those exact reasons. It is an 892mm long-range tabletop robot. With a compact wrist and footprint, the LR Mate 200iC/5L has been designed to help you get to restricted locations. In a lightweight, efficient, precise, and flat package (LEAN), it is classed as the best in performance.

200iC/5L can optimize LEAN production and can be used in various industries, including electronics, foodstuffs, plastics, metals, consumer products, and medicine, other than the ones mentioned above. The LR Mate 200iC/5L has a wide work belt that can work rapidly, accurately, and effectively, being rated as the best for its wrist-load size. The replay rate is 0.03 mm, faster, and it can rotate back to a larger work envelope.

The R30IA controller is used by the LR Mate 200iC/5L and can be mounted in a number of ways, including floor assembly, tabletop assembly, angle and invert assembly as well as inside machinery. The servo technology is higher in rigidity and allows smooth motion with no vibration while operating at high velocities. 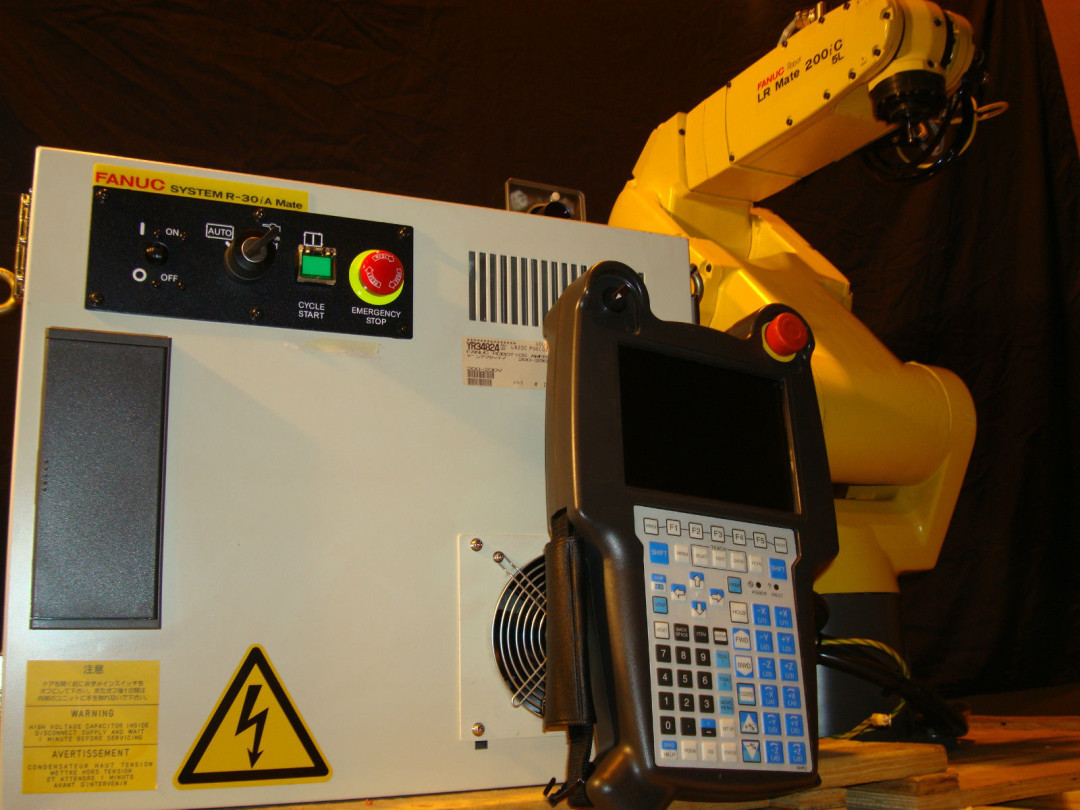