The FANUC M-6iB offers consistently high performance with production-enhancing features. The robot arm has 6 axes and a modular design with standard features that provide dexterity, durability, and high speed to the production line. For various applications and working environments, the M-6iB is the ideal solution. The short arm variant, the M-6iB/6S, is also available.

The M6iB can maneuver in narrow spaces with a slimmer wrist. Low cycle times can be achieved by increased axis rates and electrical servo drives.

A greater work area and greater scope enhance versatility. The EOAT is easily incorporated by pneumatic and electrical connections on the J3 axis. The FANUC M 6iB has several mounting positions that allow even the hardest factory settings to be mounted and the robot can reverse to create an even bigger working surround. A FANUC-type material handling teacher is designed for the M-6iB. It has a broad LCD monitor and intuitive process control.

Universal Robotic Inc. also sells diversely used robots, such as the M-6iB which has been retrofitted. After a very intense refurbishment by the experts of Universal Robotic Inc., the renovated M-6iB robots are brought back to their original state. The assurance of high-quality goods is given for any new and used M6iB robots. Every unit is tested and operated. Have any more questions? Get a quote in 24 hours and have your questions answered! We look forward to selling to you! 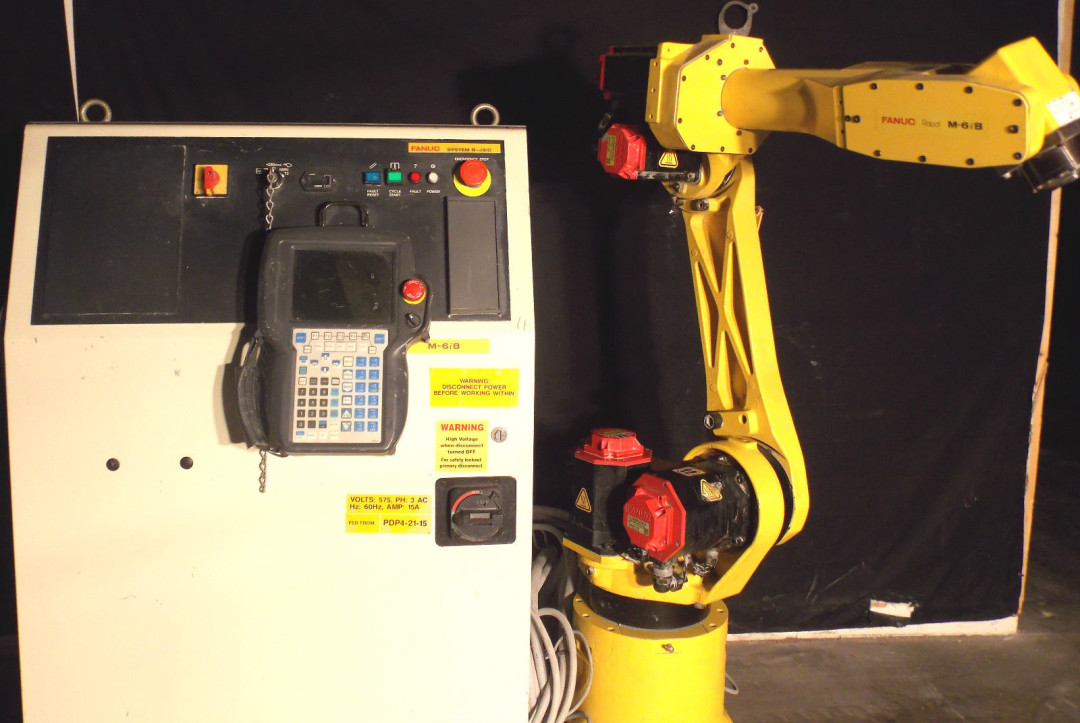