FANUC Robots for Sale At The Best Price!

Universal Robotics Inc has a wide range of FANUC robots for sale. With over 500 000 robots currently employed in various sectors, such as the automotive, aerospace, and food industries, FANUC is a world leader in robotic automation. The FANUC is best known for developing powerful six-axis robots but also for building robots for delta, collaborative robots, and robotic portals along with four and five-axis robots.

For almost all industrial applications, FANUC develops robots. The various applications which can be automated by a FANUC robot are arc welding, spot welding, robotic assembly, the automated handling of materials, and removal of material, palletizing, packaging, feature and component transfer. They are reliable, accurate, and accurate robots. FANUC robots can optimize manufacturing operations in full with increased efficiency, enhanced product quality, lowered cycle times, and reduced operating costs. 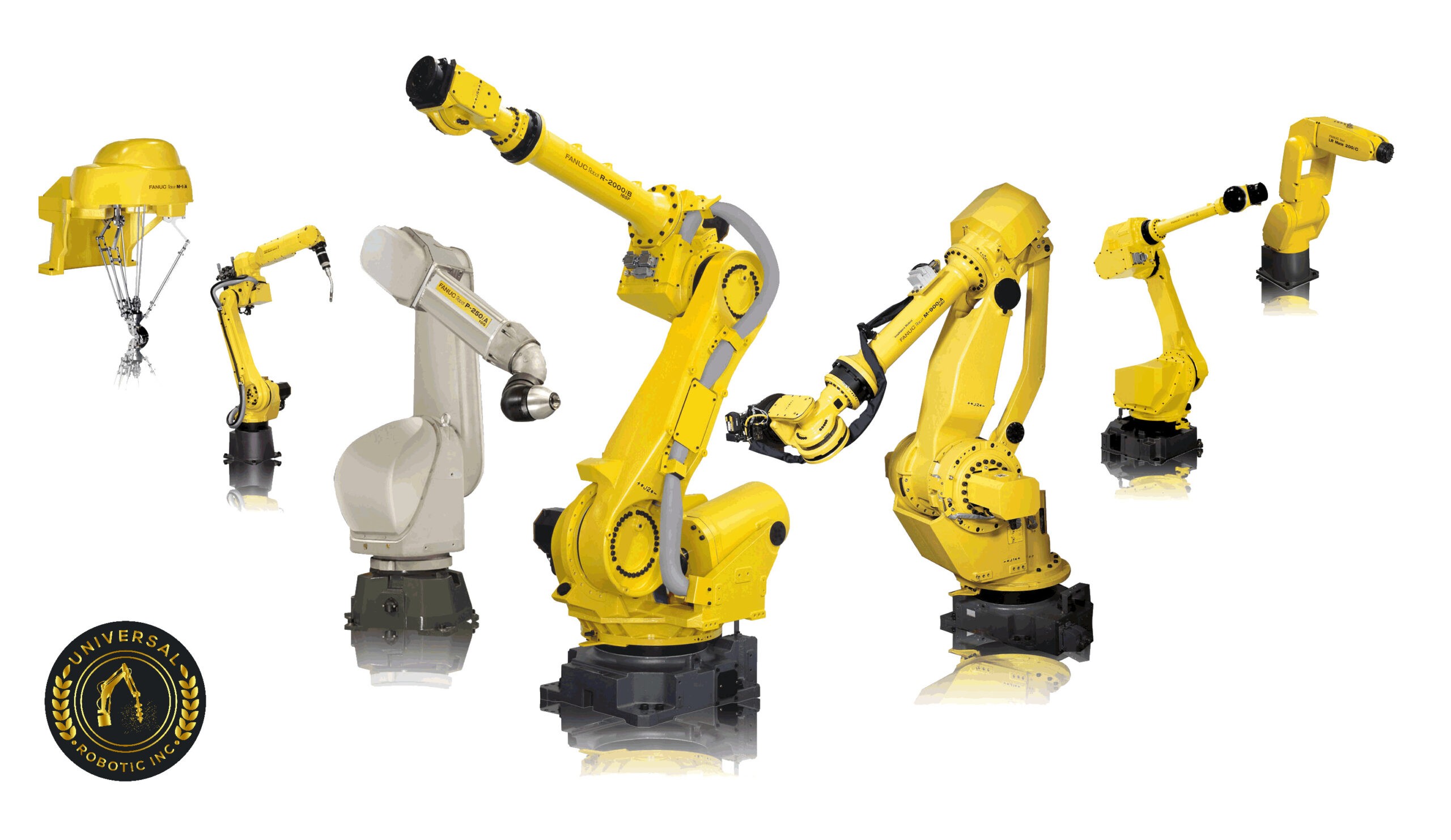 Universal Robotic INC. is specialized in selling FANUC pre-owned robots at a very reasonable price. Our FANUC robots are available in a variety of axis confinements ranging from 3 to 6 axes as well as a wide range of payload capacity ranging from 1 kg to over 500 Kg, enabling buyers to find the most suitable choice to fit their robotic automation requirements.

We cannot help you to monitor it through our robotic brokering software even if we do not have a particular FANUC model available to you. Universal Robotic INC’s robots from FANUC’s top of the line robots are available for sale in our inventory including:

By purchasing a used FANUC robot, buyers will bring their budget to the greatest value. For several years to several decades, FANUC robots have been among the most reliable pieces of robotic equipment known to man. As the prices for the used robot are up to 50% new, consumers can purchase a high-quality robot at a price that is less than what a new FANUC robot will cost.

Universal Robotic INC makes sure FANUC robots are completely operational at very reasonable prices. We will help you to find the best solution for your manufacturing needs with a variety of FANUC robots to offer.