Should you Purchase a Used Robot? 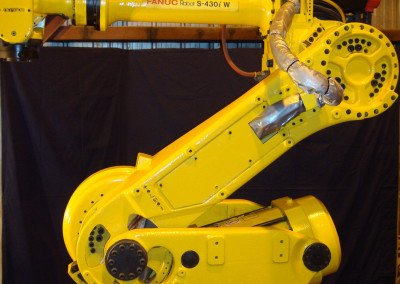 Should you purchase a used robot?

There’s no denying the benefits of having a robot in your place of business. Robots are tireless, efficient and can do tasks that humans just can’t. They never break down and they don’t get sick. thus it is a wise choice to purchase a used robot for industrial work.

Industrial used robots are an excellent investment because they can be utilized for different purposes. As new robots, used robots can perform a variety of tasks such as painting, welding, assembling machinery and more.

Applying an industrial robot requires many variables to be considered. The most common things to look at in a robot are:

Here is why you should purchase a used robot

These are all important factors that determine which robot a company should buy. The biggest factor, however, is the majority of industrial robot costs. To decide whether an industry robot can finally decide whether robotic automation will be feasible within a manufacturer’s budget. Fortunately, industry robots have a long life, which enables alternative robots to become more budget-friendly. The used robot market has seen tremendous growth, as more manufacturers turn from work to robot automation. There are many reasons why companies recommend buying a used robot to simplify their daily activities.

Many consider that robots are considerably cheaper than brand new ones. This is the main reason. The average cost of a used robot is around 50 % lower than that of a new robot. This saves considerably, and for many small and medium-sized manufacturers, robotic automation will become a reality. Savings on used robots can be enjoyed even by major manufacturers. The automation with FANUC robot Lr Mate 200ic does not mean that efficiency is lost and still enables robotic automation to achieve the same benefits. With less money invested early, businesses would have a shorter return on investments.

In addition to the price, the purchasing of a used articulated robot makes more sense. One is when manufacturers have to substitute a 6-axis old robot for their new robotic system. When buying a used robot, companies can buy a similar or similar model compatible with older controllers, pendants, power supplies, and final drives. You can keep the robotic appliance if you purchase a used robot as a replacement so that additional costs can be minimized.

A justification to accept the purchase of a used robot is that the automation solution would be effective. For several years, robots could be in service. It does not only mean that you buy a used robot that is less efficient than a new robot. The robots used are tried and tested machines, since they are already used for manufacturing tasks.

If you buy a used Motoman MA1400 robotically welding system, you will be confident that the whole system will work properly as it has been mounted in the past for solder automation. The robots used can increase product quality, reduce cycle times, improve efficiency, and reduce mistakes and operating costs.

The purchasing of a used robot gives technology and operators the familiarity to make integration, programming, and maintenance simpler. Your used robot can already be known to operators and techs with past robotic experience since the model was in circulation for years. This ensures that the operators can easily set up and configure the robot for a fast turnaround. They should also be conscious of preventive maintenance needs to keep the robot for the most efficient service optimally.

Have a used robot for sell? Give us a call today!